Generally speaking nuclear power is insensitive to weather conditions, but there are cases when electricity production has to be reduced due to high sea water temperatures. It would be possible to adapt the reactors so that they may be operated at full power even when the sea warms. The reason for the existing temperature limitations is the economic optimisation on which the design of the reactor has been based. The cost of occasional production losses on warm summer days has been weighed against the increased costs of designing the plant for high sea water temperatures. 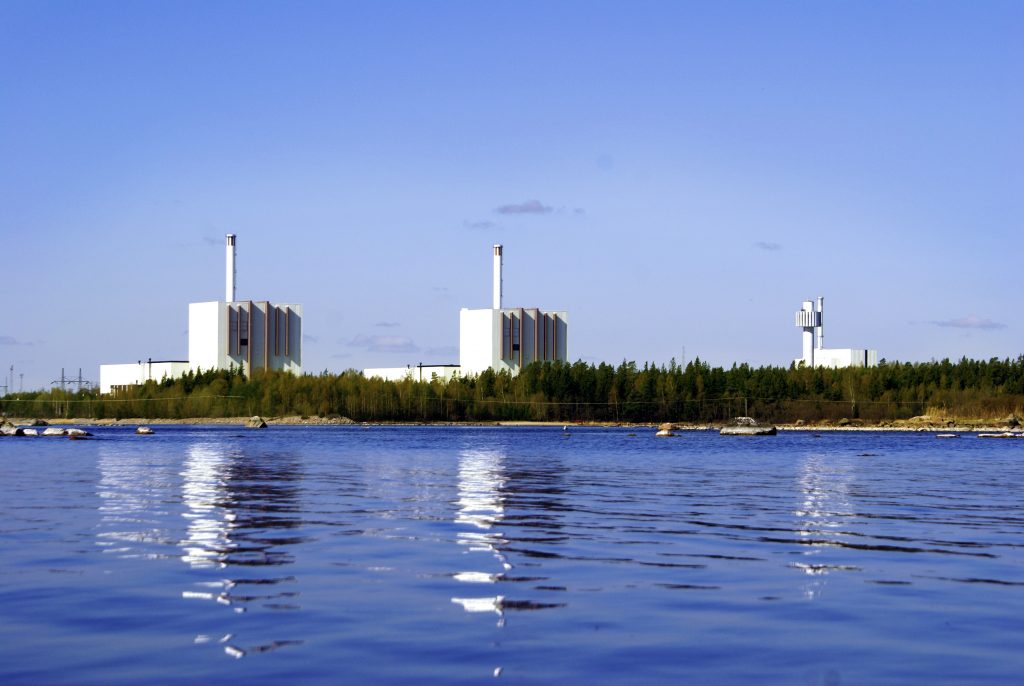 The electricity output from a nuclear power plant varies even when the reactor itself is operating at constant power. The turbine efficiency is dependent on the sea water temperature. The turbine is more efficient when cooled with really cold water, therefore the electricity production is the highest in the winter even though the reactor produces the same amount of energy all year round.

Why is the power production reduced when the sea is warm?

When a reactor is shut down, the fuel continues to develop heat, referred to as decay heat. The amount of decay heat depends on the power that was being developed in the reactor before it was stopped. The higher that power was, the higher the decay heat will be. Decay heat must be removed at all times to avoid overheating the reactor. Reactors are equipped with a number of systems which – independently of each other – have the task of transferring this heat from the fuel, via heat exchangers, to the sea.

When sea water temperature starts increasing, the cooling capacity of the reactor system is reduced. At some point a limit is reached where cooling capacity has dropped enough to match the decay heat that would be produced should a shutdown occur. At this point, the reactor power – and thus the electricity production – must be reduced accordingly. For some reactors other cooling systems define the limit e.g. the cooling circuits for the emergency diesel generators. The principle is the same though. By lowering the reactor power the need for cooling in case the reactor has to be stopped is reduced. Thereby warmer cooling water may be accepted.

Why is this the case?

Nordic power demand used to be low in the summer time. Production losses in the summer did not have large consequences. But as the share of photovoltaic and wind generation in the electricity mix increases this is changing. As electricity production is more dependent on the weather than it used to be, it is not at all unusual to see power prices in the summer that we previously only had on cold winter days. Loss of nuclear production may today lead to greater economic losses for plant owners than it used to.

As the average temperature of the planet increases the probability of high sea water temperatures becomes higher. Historic temperature data used for the optimisation of the nuclear power plants may no longer provide a valid estimate of future sea water temperatures. Combined with changed electricity prices in the summer time, the basis for the plant optimisation is changed. It may well be the case the capacity of the cooling systems is no longer economically optimal.

What may be done?

Essentially three things may be done to allow the reactors to operate at full power even at high sea water temperatures.

Whether any of this should be done at the Swedish reactors is entirely a matter of economic optimisation. After all, the production lost due to warmer sea water is rather limited. The reactor power is rarely reduced. The investments involved are significant however. There is also generally a justified resistance to making changes in the reactor safety systems. Therefore it is probable that the economic benefit of undertaking a plant alteration would have to be great.

What is the situation in other countries?

Most reactors worldwide are located by the sea and cooled with sea water. They generally have the same situation. In the cases where they are located next to a warm sea they have obviously been designed for higher sea water temperatures. But limitations in the temperature of sea water for cooling exist everywhere.

Reactors cooled by river water are in a different situation. The operation of these reactors is governed by legal requirements limiting the heating of the river. If the cooling water released to the river becomes too hot, the reactor power has to be reduced to avoid heating the river above the allowed limit. In this case the reduction in reactor power is not associated with the safe operation of the plant but rather to the effect on the local environment (the river). In Sweden this is not an issue since all the reactors are cooled by sea water. The temperature of the sea is not affected more than locally regardless of the temperature of the emitted cooling water. The effect on reactors in continental Europe can sometimes be significant.

Some reactors have cooling towers and hence use the atmosphere instead of the sea or a river to get rid of heat. Even these have their cooling systems optimised towards some maximum air temperature. If the air becomes warmer, the reactor power has to be reduced.